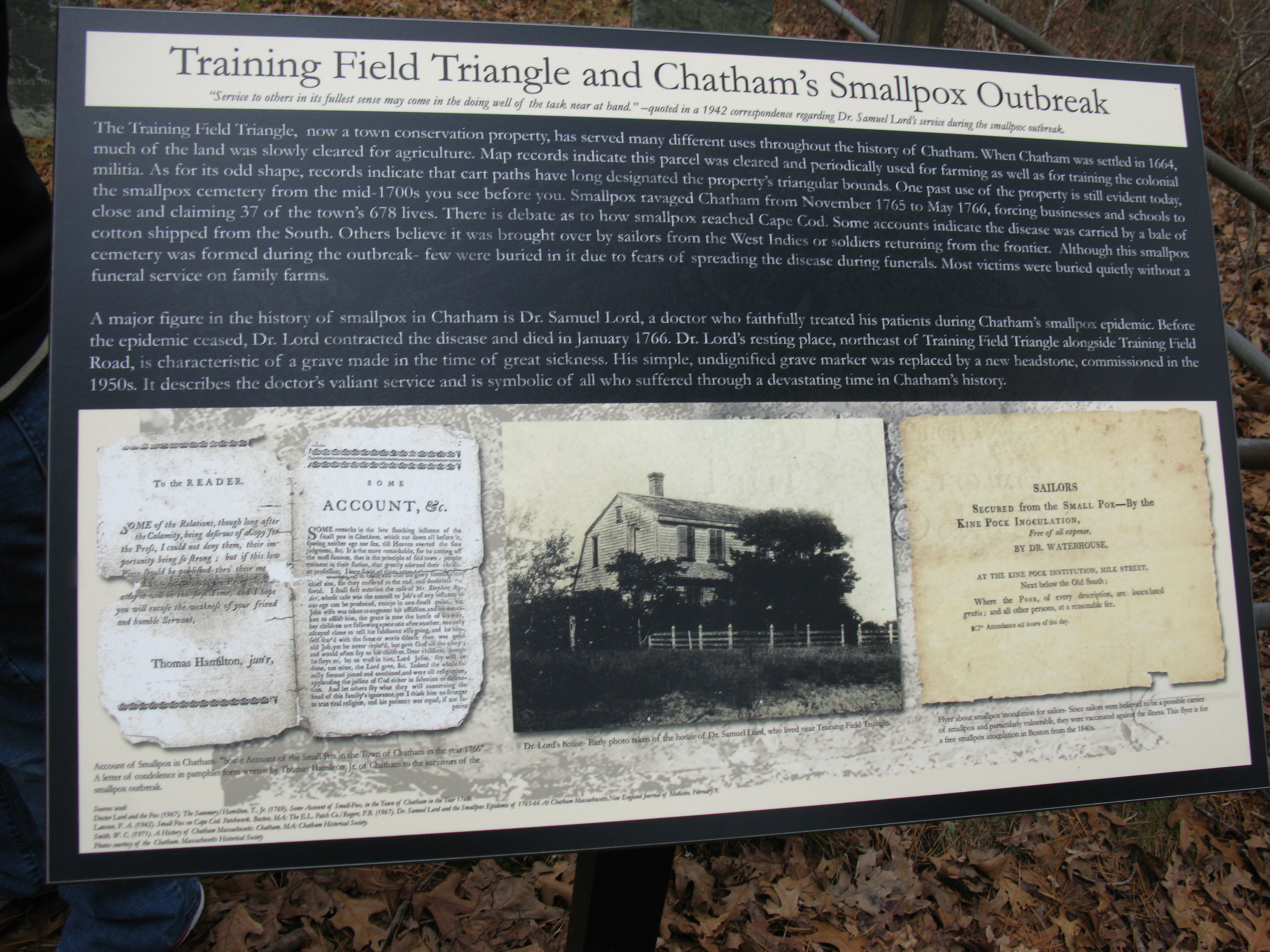 The Training Field triangle, now a town conservation property, has served many different uses throughout the history of Chatham. When Chatham was settled in 1664, much of the land was slowly cleared for agriculture. Map records indicate this parcel was cleared and periodically used for farming as well as for training the colonial militia. As for its odd shape, records indicate that cart paths have long designated the property's triangular bounds. One past use of the property is still evident today, the smallpox cemetery from the mid-1700s you see before you. Smallpox ravaged Chatham from November 1765 to May 1766, forcing businesses and schools to close and claiming 37 of the town's 678 lives. There is debate as to how smallpox reached Cape Cod. Some accounts indicate the disease was carried by a bale of cotton shipped from the South. Others believe it was brought over by sailors from the West Indies or soldiers returning from the frontier. Although this smallpox cemetery was formed during the outbreak- few were buried in it due to fears of spreading the disease during funerals. Most victims were buried quietly without a funeral service on family farms.

A major figure in the history of smallpox in Chatham is Dr. Samuel Lord, a doctor who faithfully treated his patients during Chatham's smallpox epidemic. Before the epidemic ceased, Dr. Lord contracted the disease and died in January 1766. Dr. Lord's resting place, northeast of Training Field Triangle alongside Training Field Road, is characteristic of a grave made in the time of great sickness His simple, undignified grave marker was replaced by a new headstone, commissioned in the 1950s. It describes the doctor's valiant service and is symbolic of all who suffered through a devastating time in Chatham's history.